January 6th is The Three Kings Day (also known as the Magic or Three Wise Men) and is one of the most special and magical days of the year, my favorite day! Unlike Christmas Eve and New Year’s Eve, you may have never heard of this because it’s celebrated in very few countries. I’ll explain the key points so you know what it’s all about and understand why it has such a special charm.

The Three Kings: who are they?

Many compare this day to Christmas in other countries, saying that the Three Kings are “our” Santa Claus. Well, it’s true they are similar in that they bring gifts to children, but there are also many differences.

You may be wondering if Santa Claus doesn’t come to Spain on Christmas Day and the truth is that the answer isn’t easy… Traditionally, no. However, in recent years the situation has changed a bit. Our winter holidays usually start around December 18th and end after Three Kings Day around January 8th. So, if children get their gifts on the 6th, they barely have any time to play with them and have fun before they go back to school! This is why many families prefer to give and receive all or part of their gifts on December 25th.

The Origin of the tradition

Let’s go back to Three Kings Day. The original story said that on January 6th the Three Kings (Melchior, Gaspar and Balthazar) visited the baby Jesus in the Nativity scene in Bethlehem to celebrate his birth and give him three gifts (gold, incense and myrrh). Likewise, if a child has been good during the year, on the 6th he’ll receive gifts from the Kings. But what if you’ve been bad? In that case, when you wake up you’ll only have received coal (which these days can be made of sugar).

But we’re getting ahead of events, because before to the Three Kings Day and the opening of the gifts, there’s much to prepare. To begin with, children should write a letter explaining whether they’ve been good or not and make a list of the gifts they’d like to receive. Once written, it can be mailed or delivered directly by hand to the Kings by going to a shopping mall to meet them in person.

Gifts, sweets and the parade

The Kings not only go to shopping malls, but in each neighborhood on January 5th there’s a parade where you can see different floats with the Kings, camels, the pages (their assistants), all made lively with music and the sharing of candies. The largest parades in the major cities are true artistic performances for both children and adults, and even the clothes worn by the Kings that year is debated in the news of the day.

After the parade, the evening is the most exciting time for children. Usually, milk and cookies are prepared for the Kings, water for their camels, and, in some homes, shoes are left out so gifts will be left inside them. On the next morning finally comes the longed-for moment, the surprise of finding the gifts that the Kings have left for the whole family.

The presents are opened and there is a typical sweet for breakfast (which you might have already eaten during all Christmas time) called Roscón de Reyes, a type of huge doughnut with candied fruits on top made with a little orange water in its dough (hence its characteristic taste) and which can be filled with whipped cream or custard or even truffle cream. (If you want to learn more about typical Spanish Christmas sweets, click here.)

Most important is that there’s a surprise inside, a gift, and if you find it, you’ll have good luck. But be careful, there’s also a bean inside and if you get it, you have to pay for the entire Roscón. After breakfast, it’s common to visit your relatives’ homes picking up and dropping off gifts at the different houses, eating and celebrating this last day that marks the end of the winter holiday festivities for Spanish families.

See you next year! 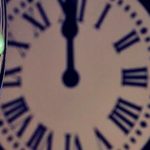 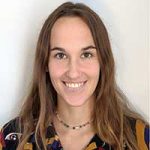 If I’m not out at a bar or restaurant with friends you can probably find me at home in my Friends-themed pajamas eating hummus and avocado while reading a fiction novel.